Both organizations represent and support our customer facilities and Southern is proud to contribute to their missions.

Southern Pharmacy has been associated with and involved in the work of NCALA for many years.

This year, Marybeth Terry, President of Southern Pharmacy, was honored by NCALA with an award as a 2017 Platinum Sponsor with their appreciation and anticipation of a continuing relationship.

At this year’s NCLTCF convention, Ms. Terry was invited to address the attendees. Following the “Kickoff” theme of the convention and dressed in a football jersey, she presented a talk called “Navigating Medicare Part ‘D’… Deductibles, Doughnuts and Drugs” which dealt with the intricacies of Medicare Part “D” and its many rules, regulations and repayment issues.

Understanding the Part “D” system and the relationship that Part “D” creates between the pharmacy, the facility and their residents has been an ongoing source of confusion. The presentation clarified many of the issues relevant to NCLTCF’s members.

Southern looks forward to the future and its continuing involvement with these two valuable organizations. 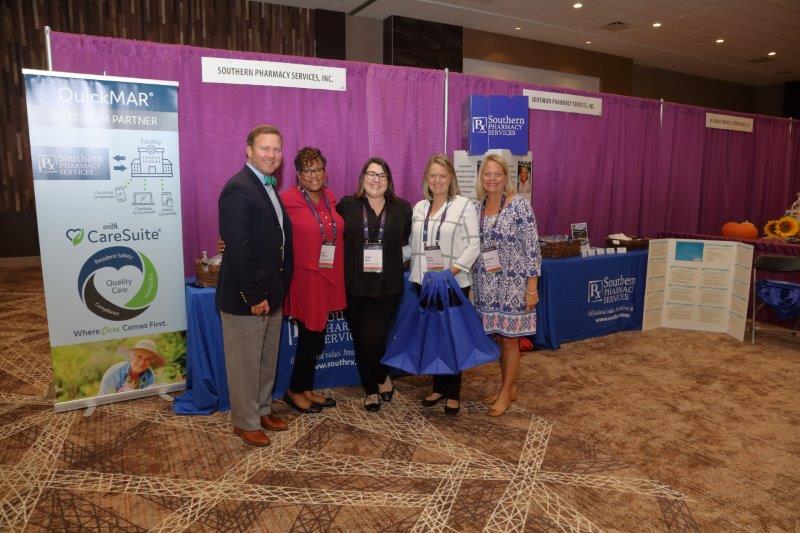 Save the Date for Southern Pharmacy’s 20th Anniversary Celebrations!
January 18, 2023

Substance Use Disorder in Senior Living: 5 Strategies to Empower Staff to Care for Residents at Risk
December 27, 2022