Hurricane Florence No Match for Southern

You are here:
Uncategorized

She erased highways. She covered homes and buildings. She forced thousands to evacuate. She cut off power to nearly a million. She turned the city of Wilmington, NC into an island. But Hurricane Florence was no match for Southern Pharmacy Services.

Although many employees at Southern’s Pink Hill location had their way between home and work cut off or faced destruction of homes and property and while routes normally traveled by our drivers to customer facilities were impassable, the Pink Hill staff, with a major assist from the Kernersville pharmacy, saw to it that most of the needed meds were delivered to our customer facilities.

The situation was made even more complex because due to damage and flooding, residents of some facilities had to be evacuated to various locations around the state.

Pink Hill lost power on Thursday, September 6 at around 10:30PM and did not regain power until 8:30PM Saturday.

PH staffed the pharmacy on Sunday, September 16th in anticipation of delivering meds to our customers on Monday when PH processed selective customers to provide both AM/PM deliveries.

On Tuesday, September 18th, PH internet services were down, which affected DocuTrack and Framework systems. SPS IT team went to work to route the PH servers/faxes to KV side. PH Order Entry staff worked remotely offsite at a local broadband store that provided borrowed internet access processing orders for delivery. This was continued until Wednesday when IT restored remote internet functions in PH and the OE staff could work from pharmacy.

Once rising river waters blocked the access to our northern route customers, PH coordinated with National Guard for high clearance vehicle use to relay medications to an SPS driver on northern side of flooded area.

The internet was restored late Tuesday of the week following the storm. As the week progressed and the flooding receded, many employees were again able to drive to the Pink Hill pharmacy. At that point, workflow began to approach normal operations in Pink Hill. As some roads became usable, many delivery routes were restored by the following Monday, nine days after the hurricane arrived.

Once again, the experience demonstrated how teamwork can overcome many obstacles, even a Category 4 hurricane. 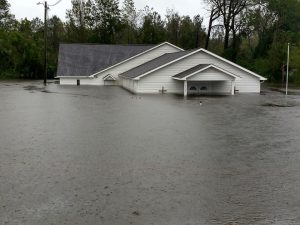 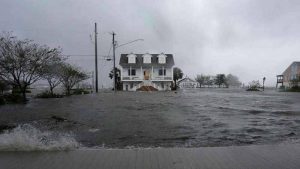 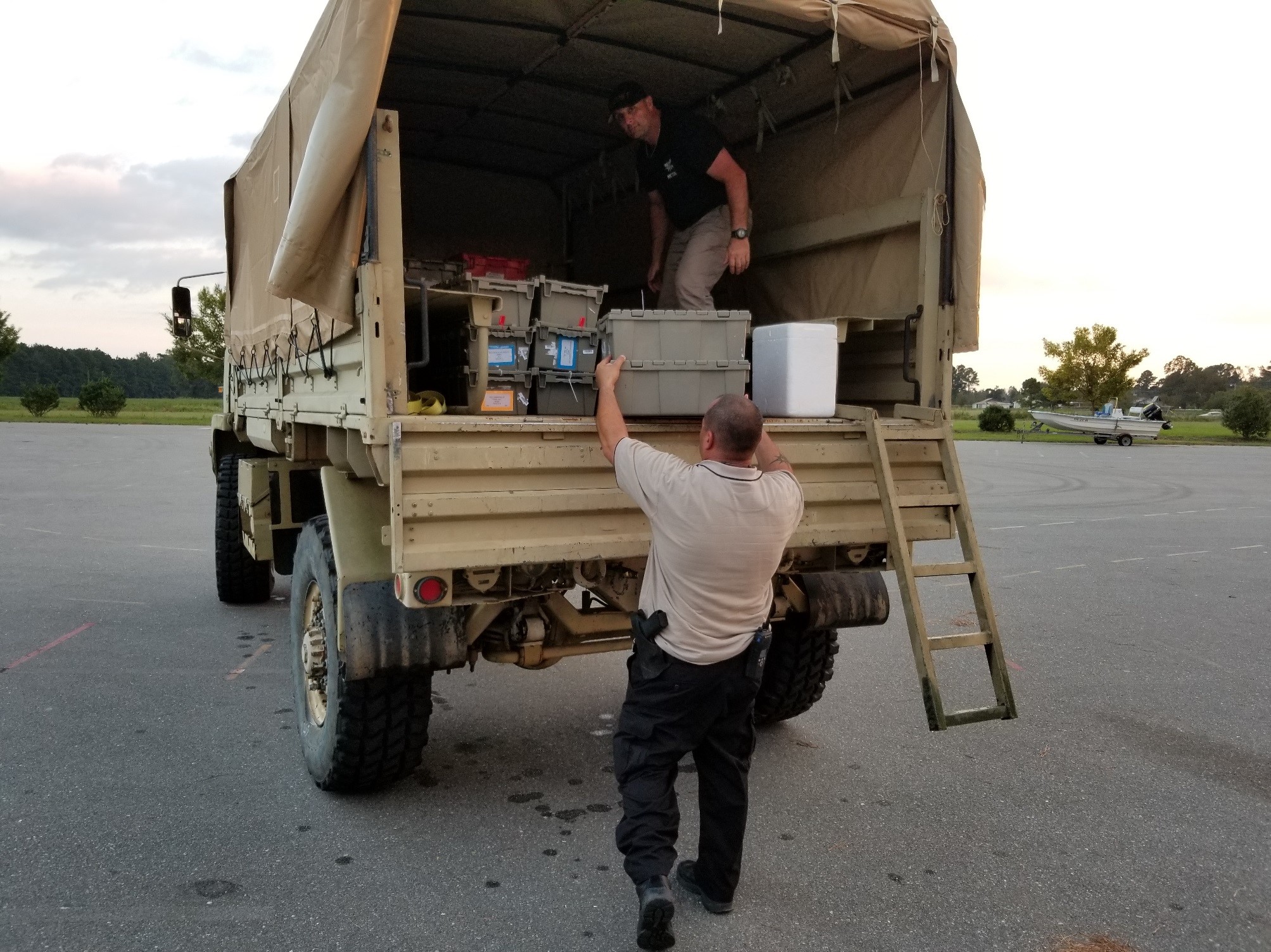