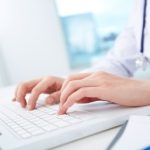 These systems create visual cues on each med cart’s laptop computer relating to med-passes as well as comprehensive reports concerning resident care. Once an order is faxed, received by the pharmacy and entered into the pharmacy’s system, the order will show up in the facility system to be reviewed by facility staff. Most eMAR systems also provide electronic ordering of refills.

The more robust Electronic Health Record (EHR) systems are most often used in a Skilled Nursing environment. They incorporate the benefits of an eMAR system with added functionality such as billing and care planning.

Facilities can also take advantage of the system’s extensive report capabilities. New orders to the pharmacy are entered electronically and EHR systems transmit the order using a standard electronic Rx protocol. There is also messaging for census/demographic information and refill order requests. EHR systems provide two-way information flow between the facility and the pharmacy.

Through advanced technology, Southern Pharmacy Services can now (or will soon) interface its pharmacy information system directly to most of the popular eMAR/EHR systems. 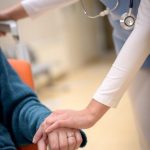 Regardless of the eMAR/EHR software that a facility selects, Southern can generally provide an interface directly into its pharmacy information system making communication between a facility and the pharmacy automatic, more accurate and more accessible.

How LTC Pharmacies Can Be a Crucial Safety Net for Assisted Living Communities
April 5, 2022
Go to Top